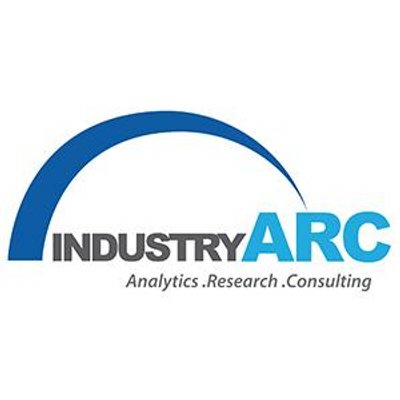 The Global 3D User Interface Design market size is forecast to reach $7.8 billion by 2026, growing at a CAGR of 21.3% from 2021 to 2026. Factors such as growing demand towards high visual quality augmented reality (AR)/ virtual reality (VR) gaming along with increasing shift towards 3D digital advertising within e-commerce sector can be considered as the major driving factors boosting the market growth of 3D User Interface (UI) designs. Three dimensional or 3D UI designs have also been gaining wide popularity across some of the demanding applications areas such as augmented or virtual reality system/gaming devices, media advertising, computer aided design and others, which is impacting its market growth overtime. Trends such as growing virtualization across various end use verticals, increasing demand for 3D visual content, development of 3D interface designed smartphones from leading market players and others is further set to fuel the growth of 3D UI designs in the long run.

Based on type segmentation, Software/Platform segment is analysed to grow with the highest CAGR of around 8.7% in the global 3D User Interface Design market during the forecast period 2021-2026. Designing of 3D user interfaces deploying software has an added benefit over others, due to its capability of helping graphic designers or application developers with ease of use, faster 3D modeling, extensive graphic rendering and iterations with many others. With technological advances overtime, there is significant rise of artificial intelligence, virtual reality, augmented reality and related environments, which tends to drive the need for versatile user interface (UI) tools like 3D UI design software. Deployment of 3D UI design software helps UI designers for different end use industries with functionalities including customized parameters, better reconfiguration and syncing, documentation, product simulation, virtual prototyping and others with faster outputs. In February 2021, a 3D computer aided design (CAD) software provider, named Dassault Systemes had revealed about its plans of launching two software packages within its 3DExperience platform. The growing demand for such 3D design suites for industrial design and engineering sector as well as education sector is set to fuel the market growth of software in the 3D user interface design markets in the long run.

Media & Entertainment sector is analyzed to account for the highest CAGR of around 7.8% in the global 3D User Interface Design market during the forecast period 2021-2026. With the rapid evolution of the industry over years, there is significant adoption of trends like widespread concept of 3D visualized shows, 3D animated movies and so on. Factors such as better audience response, customer engagement, personalized experience and many others have emerged as the prime requirements for media, advertising or entertainment companies towards focusing on creating 3D visualized animated UI designs, in order to sustain the competitive marketplace. High proliferation of 3D movies overtime has been eventually driving the demand towards leveraging advanced technologies including augmented reality, virtual reality and so on, thus impacting the need for UI tools capable of providing smooth and faster simulated 3D UI modules. In May 2021, one of the leading creators of custom 3D content, named Tafi had revealed about the launch of Astra SDK Character User Interface (UI) kit. With this development, the company aimed at offering developers with an easy way regarding creating of unique as well as customized UI or UX, particularly focusing on digital content serving fashion, media and entertainment sector. Such developments are further set to boost the growth of 3D user interface design solutions with the media & entertainment markets during the forecast period.

APAC region is analysed to witness the highest growth in the global 3D User Interface Design market with a CAGR of around 10.3% during 2021-2026. Increasing demand for smartphones, growing developments for high quality graphics augmented or virtual reality gaming systems across various Asian countries like Japan, India and others, rise of digital advertising within e-commerce sector and many others can be considered as some of the major factors analysed to boost the market growth towards 3D user interface designs. In June 2020, a Chinese electronics giant, Xiaomi had revealed about its plans of working on a new user interface design meant for its foldable smartphones. With this user interface, the company intended to help users easily find wallpapers having complex 3D animations, multitasking mode, floating windows on screen and so on. Such advancements towards improving UI designs overtime by some key players in the smartphone markets can attribute for the market growth.

Growing demand towards high visual quality augmented reality (AR)/ virtual reality (VR) gaming is analysed to be one of the major drivers in the market growth of 3D user interface design. Factors such as high-definition video games have been facing wide popularity overtime, thus driving the need for a user interface solution capable of offering high quality 3D graphical user interface. Leveraging 3D UI designs enable the users to utilize natural motion as well as gestures during game control, while creating a more immersive and engaging gaming experience. Trends such as voice interaction through user interfaces be it Google Assistant, Alexa, and so on have been eventually growing among the gaming companies, creating a positive impact on the need for 3D graphical user interfaces in the long run. In December 2020, a pair of Zynga veterans announced about establishment of a VR gaming studio, ForeVR in California. This was meant to drive the focus on the development of mass market virtual reality gaming experiences, irrespective of age groups and geographies, which in turn will act as a major factor fuelling the demand towards 3D UI designs in the long run.

Increasing shift towards 3D digital advertising within e-commerce sector can be considered as a major driver boosting the growth of 3D user interface design market. With rapid advances and growing market competition within the e-commerce industry, trends like 3D animations, visuals, designs, and others regarding brand endorsement, marketing and advertising have been gaining wide popularity overtime. Owing to surge of COVID-19 pandemic, consumers have opted highly for online shopping, thus acting as a prime factor for the rapid rise of e-commerce business growth and sales. Requirements like connection, personalization, learning, and so on, have emerged as a trend for the e-commerce sites creating high needs for deployment of better UI designs. Implementation of interactive 3D, 360-degree product images help the e-commerce companies offer a more intimate examination of the products alongside gaining higher customer attention, resulting in significant increase in engagement as well as sales. In November 2020, Flipkart Group announced about the acquisition of Scapic, a startup company capable of creating as well as publishing augmented reality (AR) and 3D content, specifically serving marketing as well as e-commerce clients. This move was a part of its effort towards combining deeper camera experiences, virtual storefronts and creating new opportunities related to brand advertising through Scapic’s team, thus giving a much more immersive shopping experience within its platform. Such factors are further set to drive the need for 3D user interface design solutions or tools for the e-commerce website in the long run.

Complexities related to designing of 3D user interfaces acts as one of the major factors restraining its market growth. Since designing of these user interface modules require the need for highly skilled and trained developers, it becomes a complicated process raising the expenses for varied end use industries. Since the 3D interaction is independent of any surface, there is significant elimination of any kind of physical support or friction, required to make more controlled as well as precise movements. Development of 3D user interface incurs the need for improvising convenience and control particularly across gaming application areas, thereby making it a complex process, raising the overall design costs and longer time period requirements. Such factors eventually contribute towards its slower adoption across small scale or medium sized enterprises owing to designing complexities combined with additional skilled designer expenses.

In January 2021, Altia announced about the launch of Altia Design 13.2 for Windows 10, as a part of providing an improved user experience. Development of this UI design was done with combining capabilities like dynamic list object, for helping easy and more efficient creation of dynamic arrays as well as grids.

In January 2020, Rightware announced about the launch of Kanzi reference human-machine interface (HMI) platform, capable of combining its suite of automotive user experience (UX) design software with an integrated solution.

In April 2019, DiSTi Corporation announced about the launch of GL Studio 6.3, as a part of offering performance, fidelity as well as reliability towards UI/HMI development. This enhancement was done to help designers or developers in creating 2D & 3D UI/HMI for automotive, aerospace, defense as well as medical markets.

Media & Entertainment sector is anticipated to grow with the highest CAGR during the forecast period 2021-2026, attributing to factors including higher preference of 3D movies, rapid rise of various media streaming OTT platforms and so on.

APAC is analysed to account for the fastest growing region during 2021-2026, owing to various factors including increasing demands for high quality media content, high R&D activities related to smartphones with 3D visualization support, and many more.